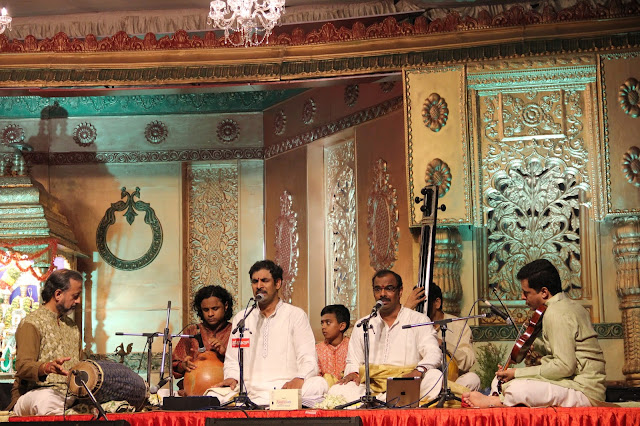 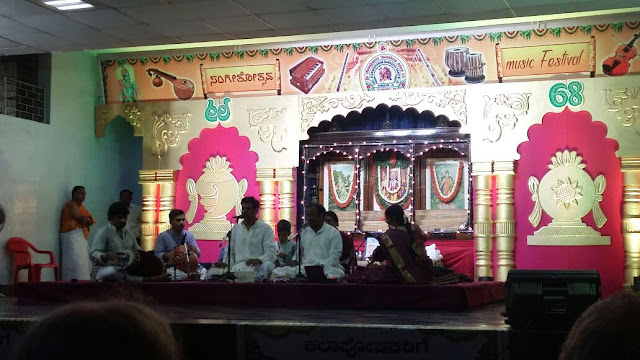 Is a target audience indeed the best judge of what is "right" for them? Henry Ford was a strong opponent of this idea; he is famously said to have said that if he had taken inputs from his consumers, he would have "designed" a faster horse, and not a car!

So, where does a performer in the creative arts draw the line in terms of taking feedback or suggestions from his or her intended audience (in our world of Carnatic music, take requests?) Does taking requests from the audience constitute "playing to the gallery", or even more pejoratively "pandering to the lowest common denominator"? If so, is it always so or does it depend on what is being requested?

Several artistes both past and present have been labelled populist for keeping audience tastes in mind. But an artiste (most at least) draw their energy from the audience and the appreciation they get for their efforts. It is indeed a rare artiste who performs in a vacuum, insulated from the tastes of even a tiny part of the listening public, with no desire or need for appreciation.

Most artistes would it appears like to strike a balance between creative freedom and audience choice. In several interviews, artistes have stated their appreciation for audiences who go beyond the obvious and ask the artiste for something more rare, something that is special to  but not frequently rendered by the performer, something that shows the audience is also doing its homework of thinking and making the artiste think in turn.

My experience with the Malladi Brothers has led to believe that they definitely belong to the group who are happy when their audiences make them dig into their reserves, for something old and precious - a long lost gem, a hidden treasure of their school.

Between my friends and me, we have had the opportunity to request them for specific compositions, and not only have they happily acquiesced each time, they have actually expressed their gratitude for being asked for these! (just for the record, in the past we had requested for muripemu galige in mukhAri, a detailed dhanyAsi and chintayamAm kanda mUla in bhAIravI).

Today we requested them for not one, but two compositions - AragimpavE in tODI and nannu brOva maNI cheppavE in kalyANI, and both were presented (tODI actually as the submain, with detailed AlApanE, neraval and swarams) and the kalyANI as a brisk piece with an outline AlApanE. Well to be completely transparent, we had requested three pieces (the third being kOrinavaramu in rAmapriyA, which was not rendered today) but that was just us being greedy :)

I am not intending this to be a review or even a detailed description of two back to back concerts in Bangalore that I attended. The factual part of the reporting is there in the songlists of the two days. These are more expressions of emotions and feelings over the two days.

The concert at the RSM on 23 Apr was tilted just that bit towards the brain than the heart - there was an elaborate dharmAvatI AlApanE followed by bhaja sEya rAdA, and an elaborate RTP in ShankarAbharaNam, the pallavI in khaNDa tripuTA 2-kaLAI, eDuppu at 1/2 beat after samam. The AlApanE and tAnam were full of viShrAntI, exploiting the madhya sthAyI gAndhAra to the fullest extent - the ShankarAbharaNa gAndhAra is to me a note of unmatched majesty. The pallavI neraval was alaborate, and 4 speeds were rendered (chAUka kAla, sama-kAla or madhyama kAla, tisra naDAI and durita kAla). Kalpana swaram and tanI followed this.

The complaint if any was that there only two real AlApanEs in the concert.

That was most certainly rectified in the concert at Seshadripuram on 24 Apr. There were as many as four detailed AlApanEs (devagAndhArI, tODI, AnandabhAIravI and kAmbOdhi, besides short outlines for husEnI and kalyANI. Only bindumAlinI (enta muddO, which was also an audience request item through a chit) among the pre-tanI items was sung without any preamble.

husEnI presaged the arrival of rAmA ninnE namminAnu with near certainty, and the devagAndhArI AlApanE somehow made me sure we were heading to Dikshitar's masterpiece (kShitijA ramaNam chintayE) and not one of so many Thyagaraja masterpieces (the tail piece finishing in kShitijA ramaNam was somehow very very reminiscent of the closing of the pallavi of kshIra sAgara ShayanA :)

Given that we had request AragimpavE and nannu brOva maNI cheppavE, the choices for the songs in tODI and kalyANI respectively was not surprising. A special word needs to be mentioned about the quality of the neraval in AragimpavE; knowing and internalizing the meaning of the sAhityA makes such a big difference to the freedom with which the neraval is rendered! The way the brothers kept appending the word AragimpavE after sAramAIna divAnnamu or ShaDrasayuta bhakShaNamulu made so much sense - it reflected the spirit of nAIvEdyam so well ("SharkarAnnam nivEdayAMI, mAShAbUpam nivEdayAMI, mahAnAIvEdyam nivEdayAMI" etc.!)

The kAmbOdhi AlApanE was also one of exceptional calm. kAmbOdhi as a rAgA of course has a wide scope from very aggressive, macho tones to very soft, pleading tones. The AlApanE presaged the spirit of the composition presented - the full piece was recited before being sung, just to give a flavour of the bhakti rasA that mysUru vAsudEvAchArya has imbued mari mari vacchunA with.

As can be seen from the list, a wide swathe of composers and pieces were presented in the closing phases, including a rAgamAlikA slOkam - vAIdEhIsahitam suradrumatalE hAImE mahAmaNDapE.

All in all, two days of very blissful music. The brothers were fortunate on both days in terms of the accompanists - sensitive shadowing, sound kalpanA from the violinists on both days, and equally sensitive percussion accompaniment.

While a few had qualms about the sound system at SRSM, It was completely satisfactory to me (well .. that is the only part that is subjective in this whole post)
at April 24, 2016