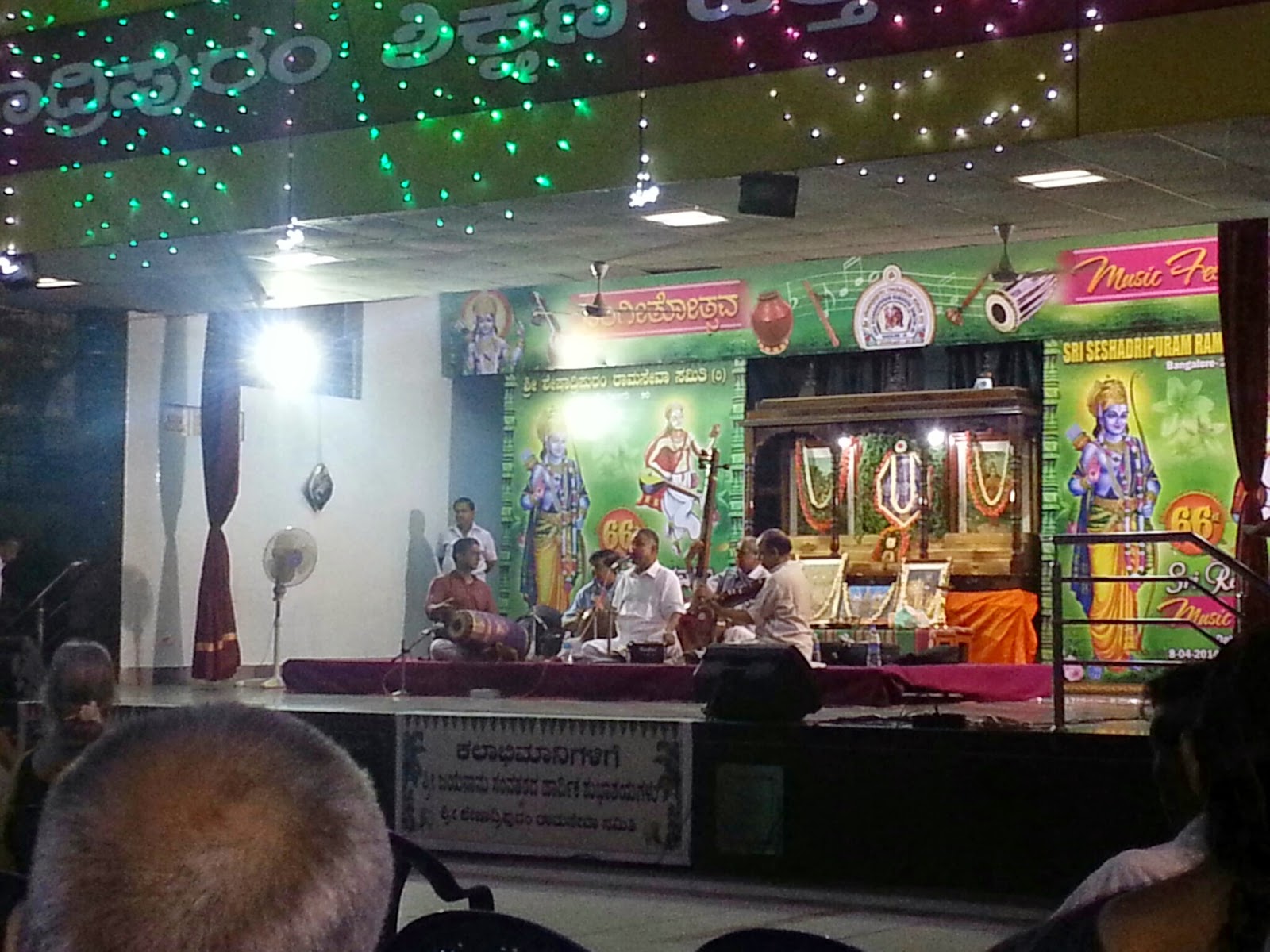 
thyAgarAja must have been very happy yesterday for 2 reasons..
1. A concert full of his concerts
2. A right blend of voice, melody, tempo to glitter already grand and divine composition set being presented in a brisk 2.5 hrs concert.


This was the first concert for me of the season at sEshAdripuram. Was there on time at the start of the concert.

dinamaNi started with a rAga outline. Very rarely sung rAga now a days on the concert stage. This was presented well. Open mouthed singing of swaras drew parallel to the rain drops making swara sound at every syllable.

muddumOmu another masterpiece from thyAgarAja was embellished with brisk swaras. Violinist in his unique playing posture followed eloquently.

varALi AlApane for the first of the weekend.  Even though short, it set the right tone for the viLamba kAla detailed presentation of ETi janma.

When the suraTi outline started , my day was made. All the effort to attend this concert was satisfied when one of my favourite rAgas was taken up. My joy was short lived as it was only an outline. However, the krithi and its swara elaboration compensated for it.

sattalEni was a brisk filler

rItigauLa occupied the grand main spot in the concert. rAga AlApane was detailed and violinist did an equally good job in his turn. nereval and swaras followed during the dwaitamu sukhamA presentation received abundant applause from the audience.

Tani was as detailed as alapane. Vid Mali and Vid. Srishayla presented detailed 2 rounds before winding up.

Did not realise that by this time 2.5 hrs was clocked.

It was indeed an evening well spent