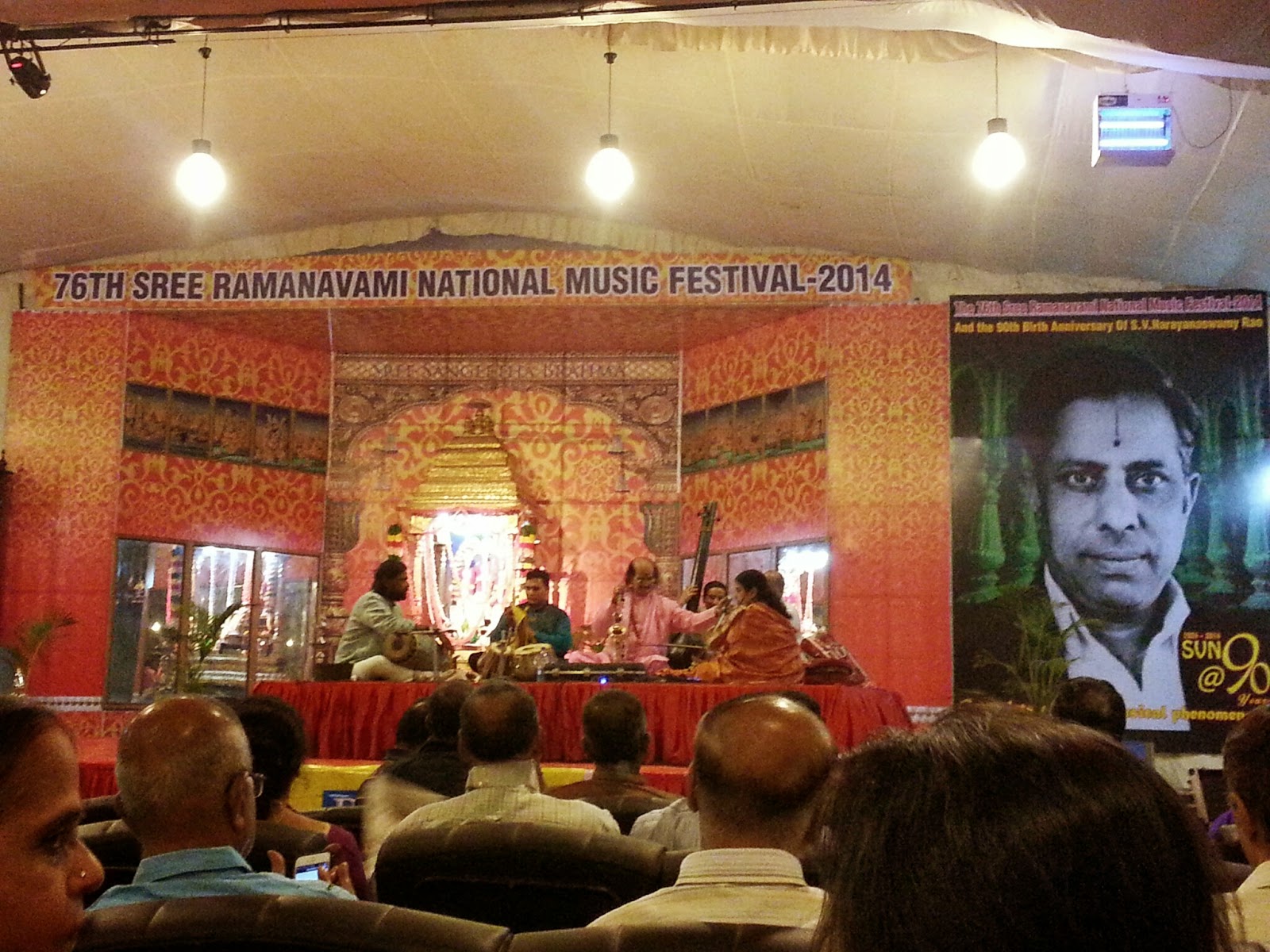 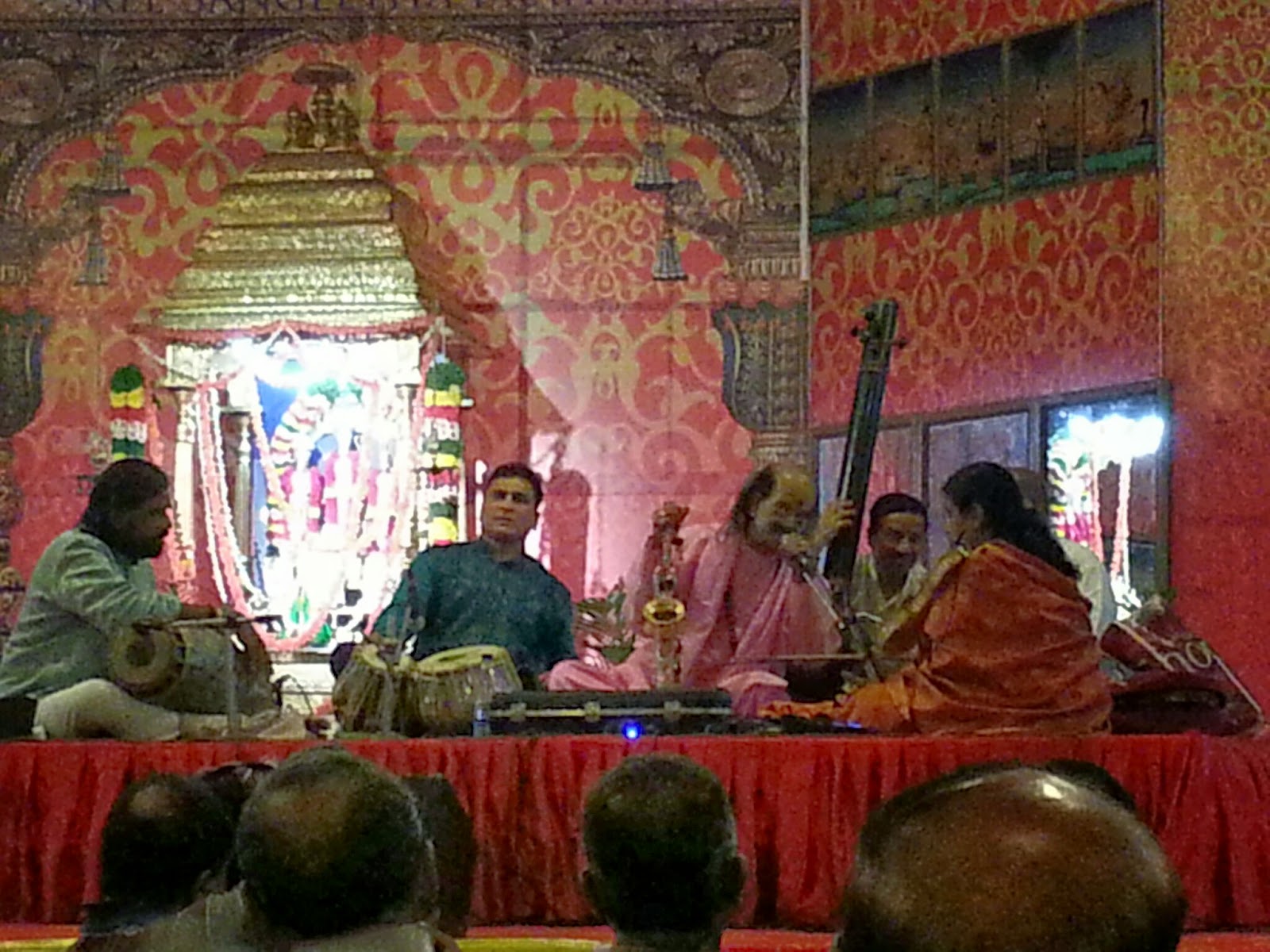 First concert of the season for me.. and it was not a dissapointment. A pure bliss for a couple of reasons.

Concert started earlier than expected (courtesy short inauguration speeches).. however was marred by the starting hiccups of sound system.

However, once it started, each krithi presented elevated the standard of the concert.

Kadri and his (standard) team were off the mark with a tilAng krithi on lord ganEsha. With detailed nereval and swaras, the krithi had justice done.

A brisk sketch of rAga dived into raghuvara nannu in kAmavardhini.

Sedate piece akhilAnDEshwari was presented in an apt tempo without any inprovisations.

A long AlApane of AbhEri followed a not so frequently heard amritavAhini krithi by thyAgarAja.

Long presentation of nagumOmu ensued that there were no sub-mains  in the concert.

Tani by 3 percussion stalwarts was energising.

Concert ended on time with the tail pieces being presented in brisk succession.

Overall it was an evening worth spent in the divine ambiance. It only hinted the high quality season to follow
at April 10, 2014