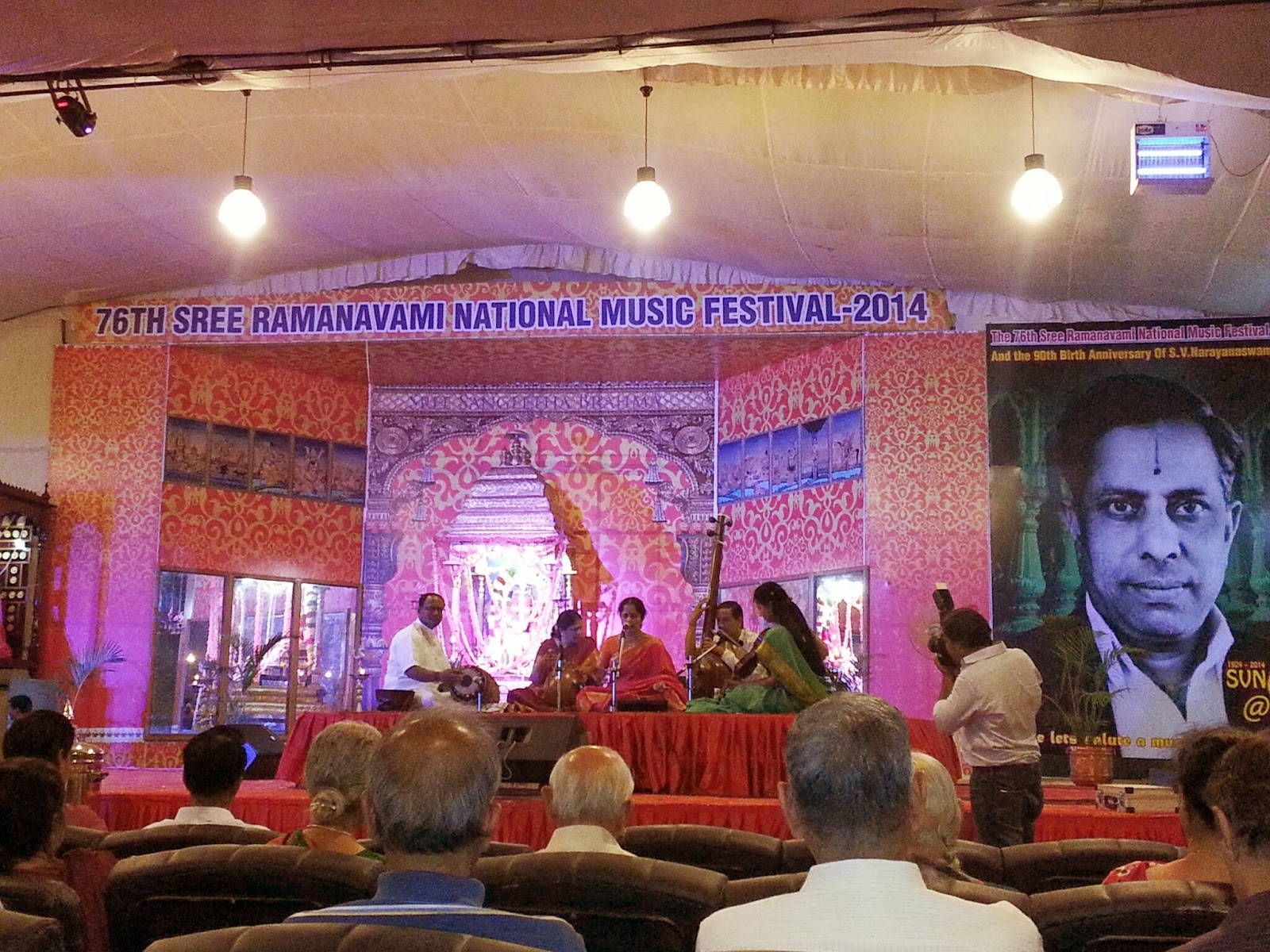 Skipped yesterday's Dr. Nityashree concert as my daughter was performing bharatanATya seva at another temple premises on account of rAma navami.

Concert had a good gathering of audience when it started on time. Having missed last year concert of this artist, she was on my list to attend this year.


A fast paced jagadAnandakAraka set the tone of what to come in the evening. Already being fed with the delicacies since last 2 evenings, I was up against another set of sumptuous evening filled with vidwat and bhAva.

swarAs of malayamAruta came in like a cool evening breeze that swept away the audience. I saw a spark of confidence in the musical conversation between the singer and violinist.

The bliss was evident in the soft presentation of kshIra sAgara. The violinist who had tuned the violin to lower G added melody to dEvagAndhAri presentation. It was indeed the best of the presentation till this point.

aTANA composition took the place of a filler.

kharaharapriya alapane drew the loudest applause for both vocalist and vioinist. The mellifluous voice and violin nAda added grandure to already majestic krithi.

kalpana swaras flowed so smooth... It was an ultimate demonstration of view at and confidence.

Tani that followed demonstrated the virtuosity and calibre of both the percussionist.

The flare and energy of the team continued into the tail pieces.

Indeed it was an evening well spent. Resolved not to miss her next concert when I have an opportunity to attend.
at April 13, 2014