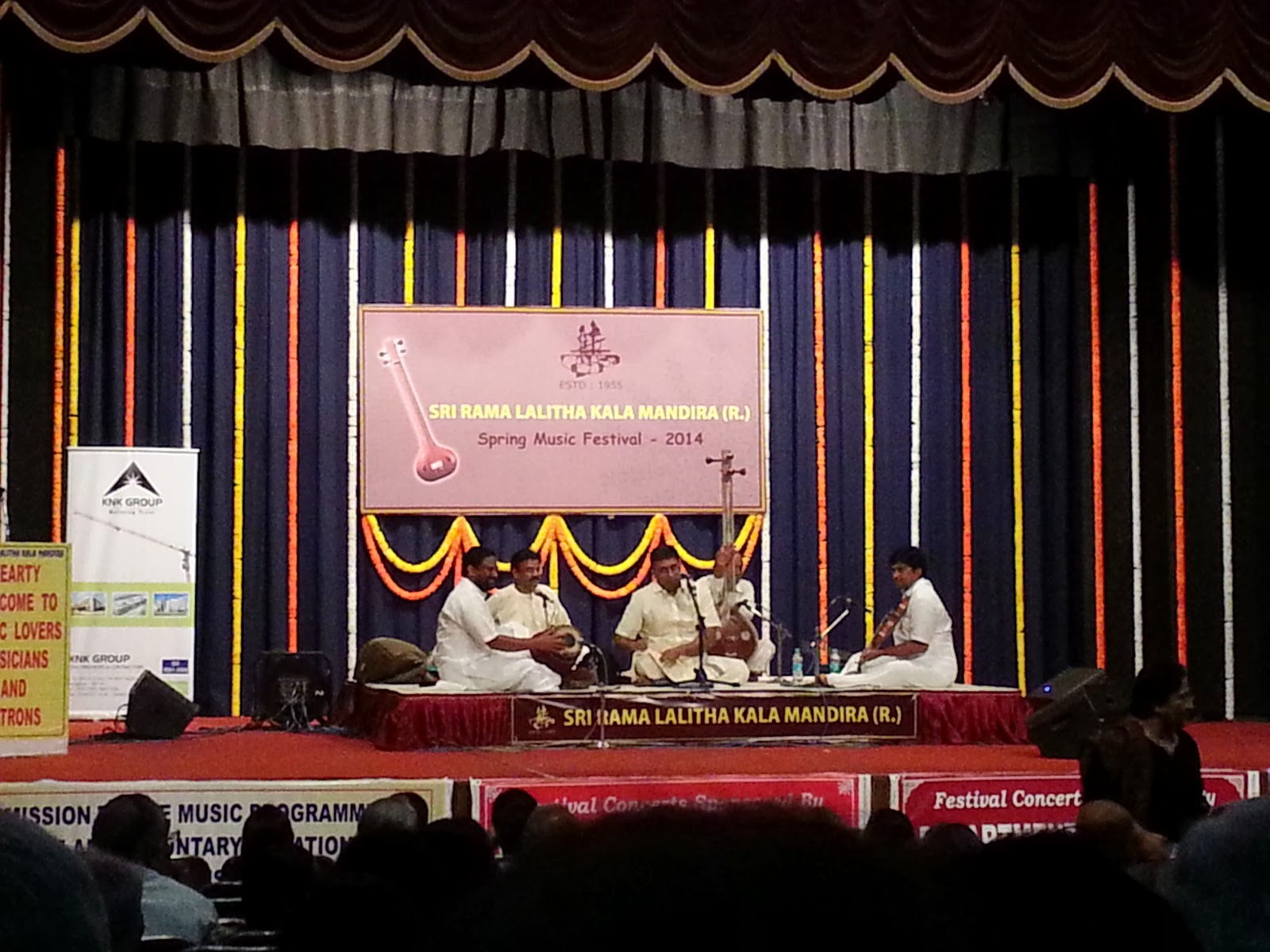 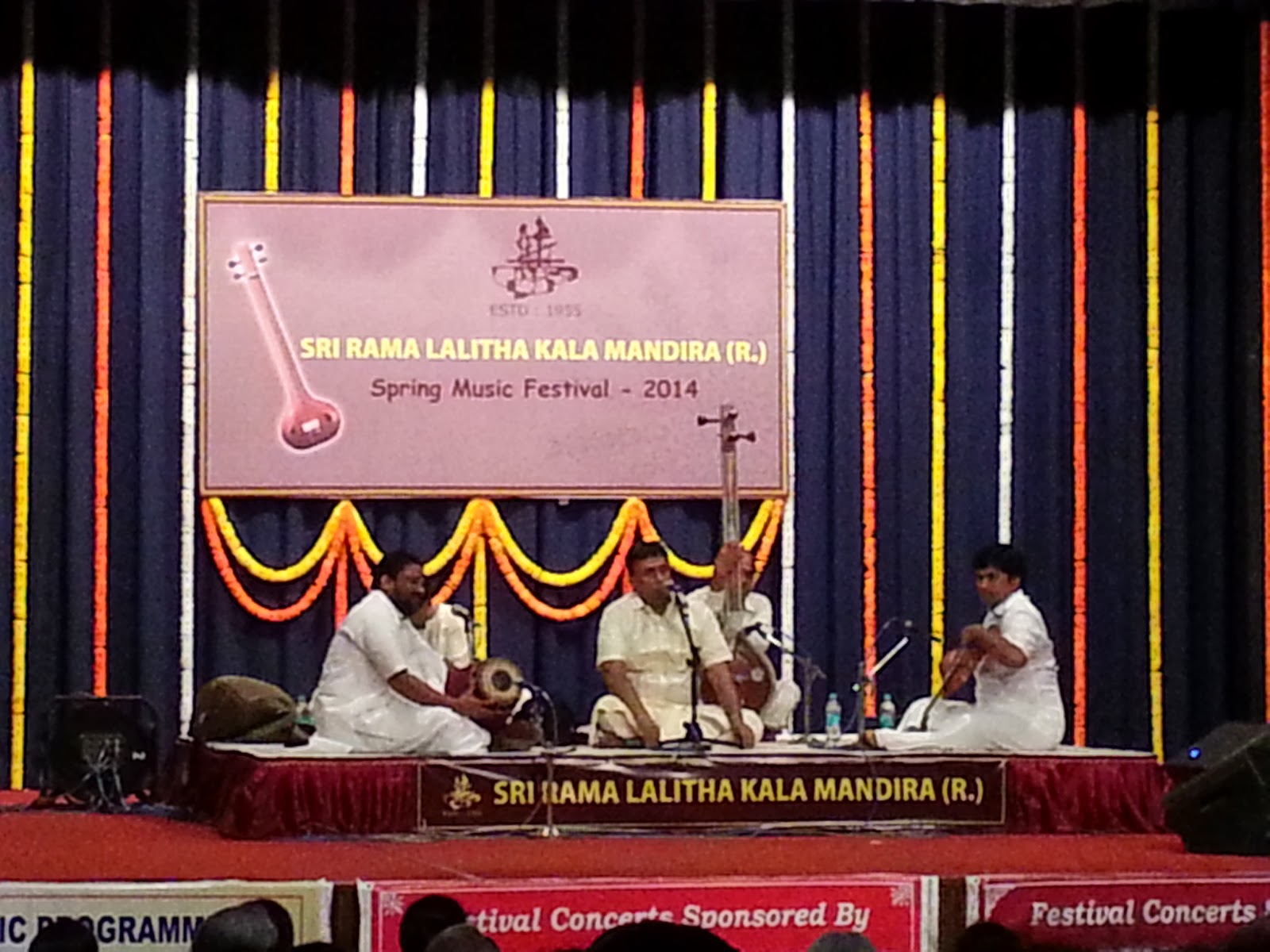 If you were to be looking for an antidote for a hectic work day , Sanjay's concert was a perfect medicine.

As i reached the hall at 5.00 pm, the hall was almost full on the free section. Many guests were still pouring till 5.45 when the concert began on the dot.

The expectations on the fireworks rose, as some of the trials behind the screen was also aired to the public.

Full blast take off with the VarNa in darbAr and the nATa composition set the tone for the day. Did realise that the concert did not have any special viLamba kAla krithis as I write this review. Sanjay extracted every bit of energy that was remaining from his team

The first alapana came in the third song, and pretty unusual, it was hamsadhwani.  paTnam SubramaNya Iyer composition was presented with pretty elaborate swaras for almost the lenght of the song duration.

Sri mAtrubhUtam that is otherwise presented as a majestic composition took over the role of a filler.

naTabhairavi (almost unheard these days in concert) was presented with full elaboration and what followed was equally befitting presentation to the AlApane. nereval and swaras were exhilarating. Anticipation demonstrated by his regular team was impaccable. The way they followed like a shadow demanded applause after every return response. shabhAsh moments were plenty throughout the concert.

Without a filler, the kAmbOdhi rAga tAna filled almost 45 minutes of detailed presentation. A simple pallavi was not only elaborated in kAmbOdhi, but also in tODi, husEni and tillang

Master immediatly followed it with a tillAng composition of purandara dAsa.

Could not recognise the tamil song in bEhAg, but the clock was ticking post 9.00 pm by this time.. but master performer never saw the clock. The energy demonstrated even after 3 hrs was commendeble, and the mukhAri and jOanpuri compositions were presented in full blast energy.

The long drawn affair of the evening came to and end after 3.30 hrs !!

A top class concert that would be remembered for a long time. naTabhairavi and the varNa are take away performances for me (heard for the first time from the master)

Will take a couple of day's break just to digest this sumptuous concert.