After a 2 day hectic MUSIC WORKSHOP by Prince Rama Varma, I had left with no energy. In spite of it made an unexpected decision to attend the inaugural concert of the 45th music conference at Gayana Samaja. While the list of concerts was mind blowing.. I was of a disappointment when I arrived at the venue... The hall was filled to 25% of its capacity. The hall had filled to 90% by the beginning of the concert.

The artists arrived on time, the concert started around 6.10. While the memories of the (un)sound system from previous year conference is still fresh in the mind, it did come back to reality with Ganesh finding some issue with the mic as it was not picking up from his voilin.

The abrupt start to Bilahari varna was completed mostly by Kumaresh. In the break, the mic issues were addressed and rest is history.

It was yet another masterly concert by "FIDDLING MONKS" who did not disappoint.

Full house at ground level and a standing ovation for pUrvikalyANi and tri-rAga RTP was the hallmark of the concert.

2 new young guns who accompanied the brothers , did leave their impression and class. Wish them the best and looking forward for more performances from this team.

Both percussion artists showed a great temperment in anticipation and played exactly (rAgapravAham) as i have heard it earlier in their CDs.

02 rAgapravAham in mAyAmAlavagaula
- -this piece was good enough to infuse a punch to the rest of the concert.

07 ODi bArayya vaikunTa pati - vocal by gaNEsh – rAga ?
-have heard the bhairavi version of this song from the greats of Radha-Jayalakshmi.. This composition in any other raga is not as impressive as in bhairavi

A full 3 hrs of power packed concert. Memories are attached herewith for those who missed it. 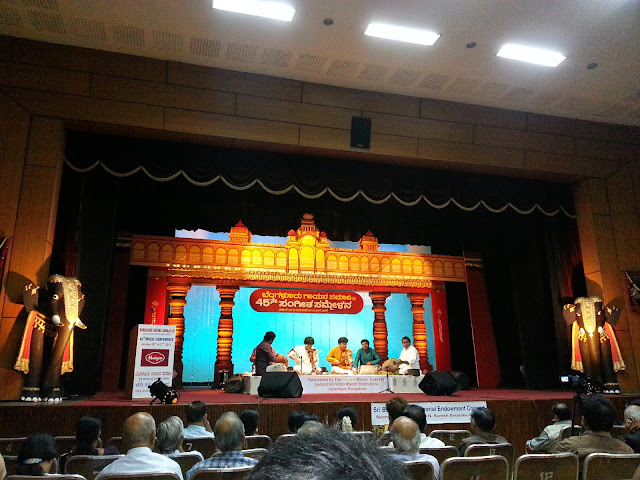 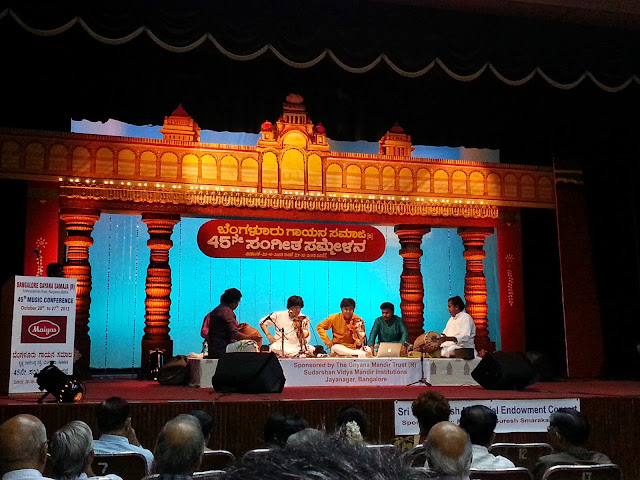