As there were conflicting information across on the start time of the concert, I tried to be there amongst the earliest notified time ( 6.00 pm). I overheard the sabha secretary indicating that even though they have published the scheduled start time as 6.30, they usuallly start the program at 6.45 !!. I was full 45 minutes early for the program. To add salt to the injury, the concert would end at 8.15 ! It meant a mini meals of 90 minutes concert

Had to wait patiently until the artists occupied the stage at 6.45. Introductory speech killed another 10 minutes of the concert time.

Without wasting much time, Ramakrishnan Murthy started off with the very popular Bhavanuta in mOhana with s wara embelishments. shEshAchala nAyakam came in as a sedate filler and was presented leisurely.

As he cleared his throat with some hot water, it was an indication of a long haul composition and I was not wrong about it.  An apt presentation of nAyaki and ranganAyakam bhAvayE that followed filled in the sub main slot. I really enjoyed the laya at which it was presented.

bhOgIndra was a brisk filler.

toDi received the deserved treatment as he elaborated the lengths and depths of the rAga. Then came another sedate presentation of grand swarajati rAve himagiri.

A short tani and the concert tapered down with tilAng composition of purandara dAsa, pUchi's paras tillAna and the standard mangala.

Even though the whole affair lasted for about 105 minutes, he made it feel longer with sedate compositions.

This short concert is no indication of the capabilities and asura sAdhana that's been foundation of Vid Ramakrishnan Murthy's abilities.

Violinist has always disappointed me with his presentation and today was no doubt! Percussionist gelled well and presented a perfect rhythm when they accompanied during compositions and vidwat during tani.

I returned home with a thought that this was just a appetizer as i would attend his one more concert on Monday 4th March at odukattur.  Watch out for that review.

I seriously advice the organisers not to dissapoint serious rasikAs by such shabby management of time. 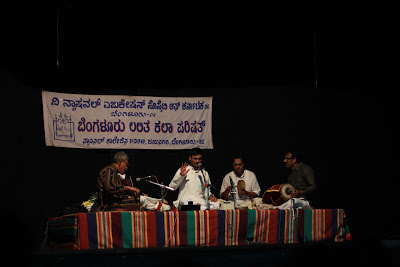 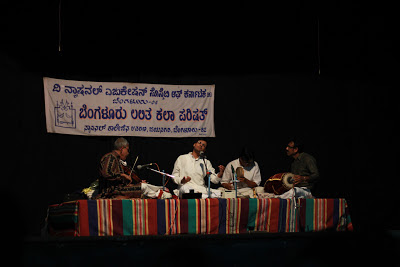 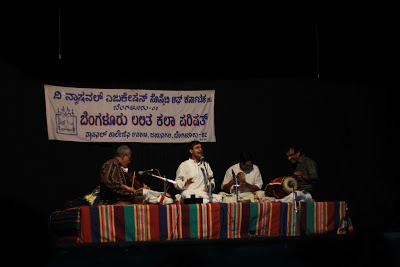 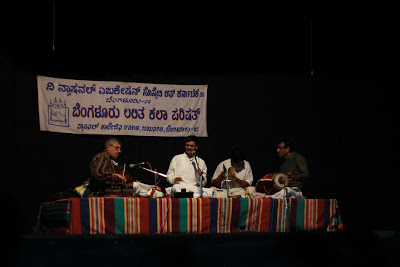 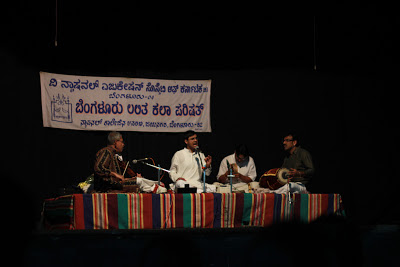