Need I say more. a 200% bliss concert . Am in a trance now unable to write anything. Will write a review when I'm out of it..


Now that Im out of it... here are few words about the concert..

Ravikiran began the cocnert with a maTya tALa varNa composed by vINA sEshaNNa. The composition exploits the glory of pUrvikalyani in full form in a small span of varNa. Even though it was presented as composed, Ravikiran elaborated the structure and nuances of the composition with a 3 minute interaction.

A very small dhEnuka AlApane lead into the rAmAbhi rAma composition, once again a composition of vInA sEshaNNa.

Another injustice in as many days on MarugElara.. which was a filler. Irrespective of whether its a filler / a good long  presentation, marugElara evokes a good resonance in me.

Spacious alapane of vAchaspati and the keerthane Emani delpudura once again y vINA sEshaNNa with evocative nerval and lively swara and other musical embellishments. Scintillating with good violin accompaniment Akkarai SubhAlakshmi, Manjunath BC on mridanga and N Amruth and Giridhar Udupa enhanced the concert with their top class performance. Different laya patterns of the rAga came to the fore as music kept gushing forth.

3 Percussions paired up very well to produce an excellent tani.

The stage was set now to pace down the concert with a lilting kAnaDa tillAna followed by mangaLa.

For those who attended the concert, regaled in the cracker of a concert !! Others just missed being in bliss for 2 hrs. 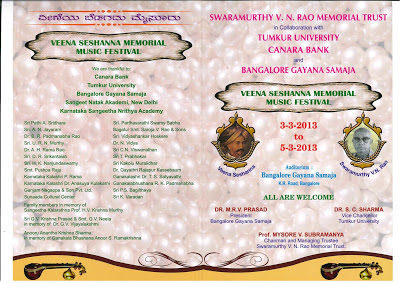 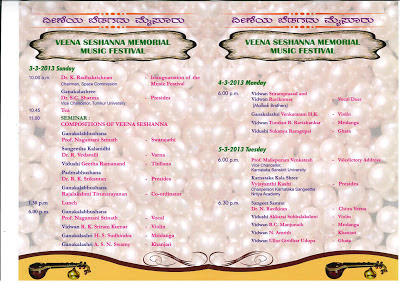 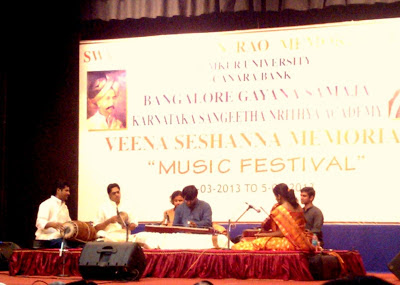 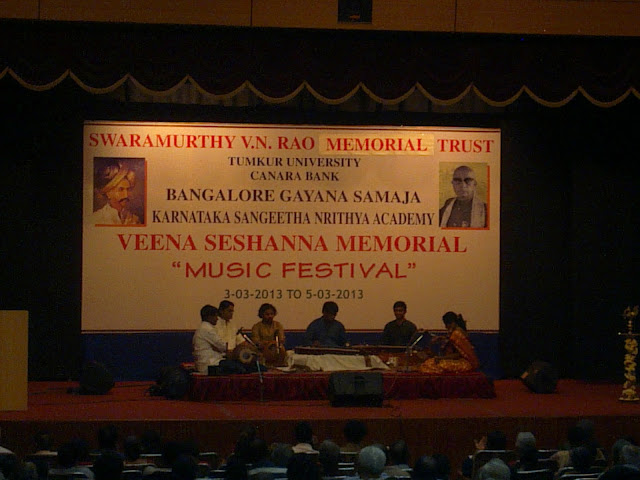