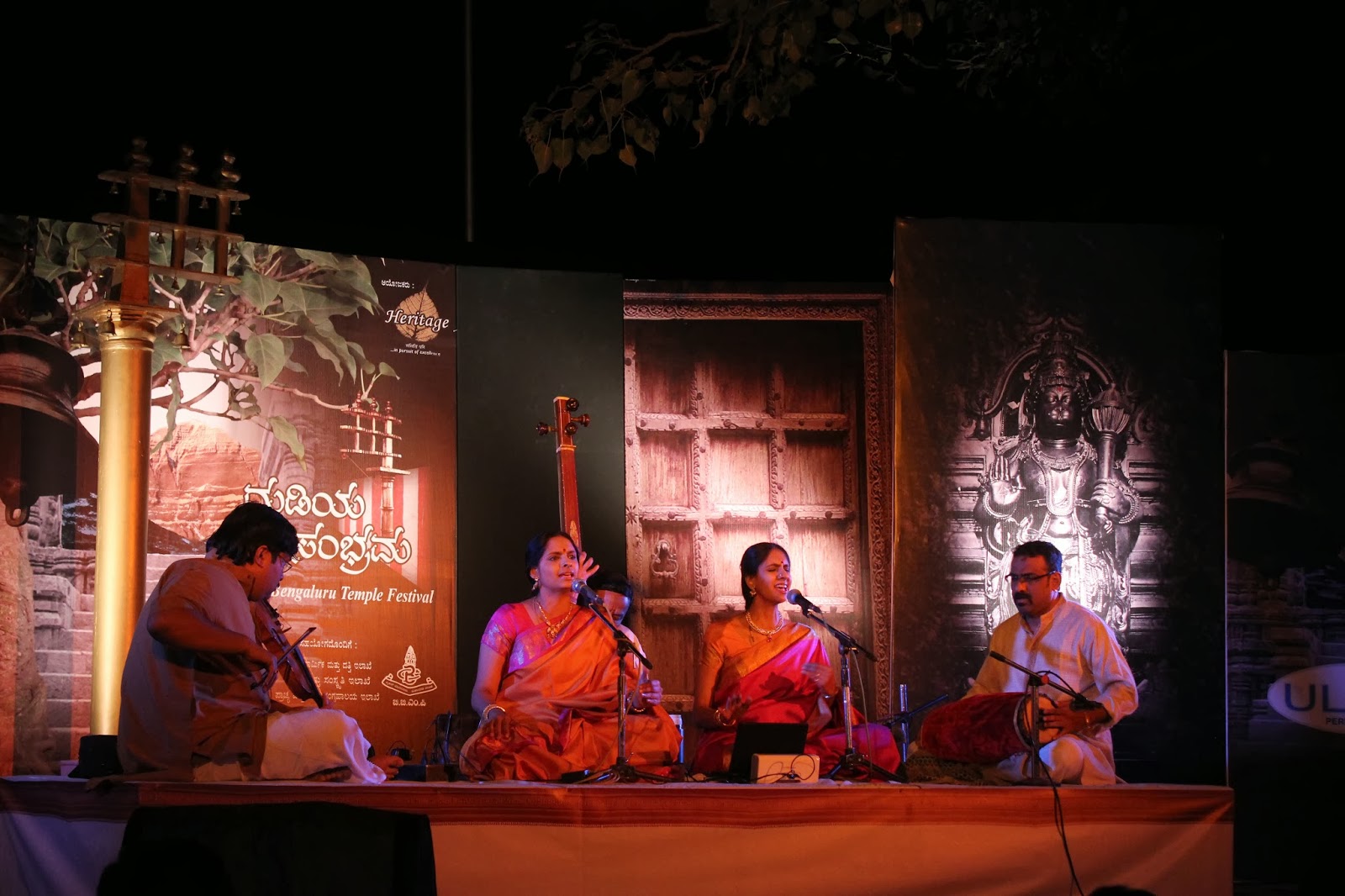 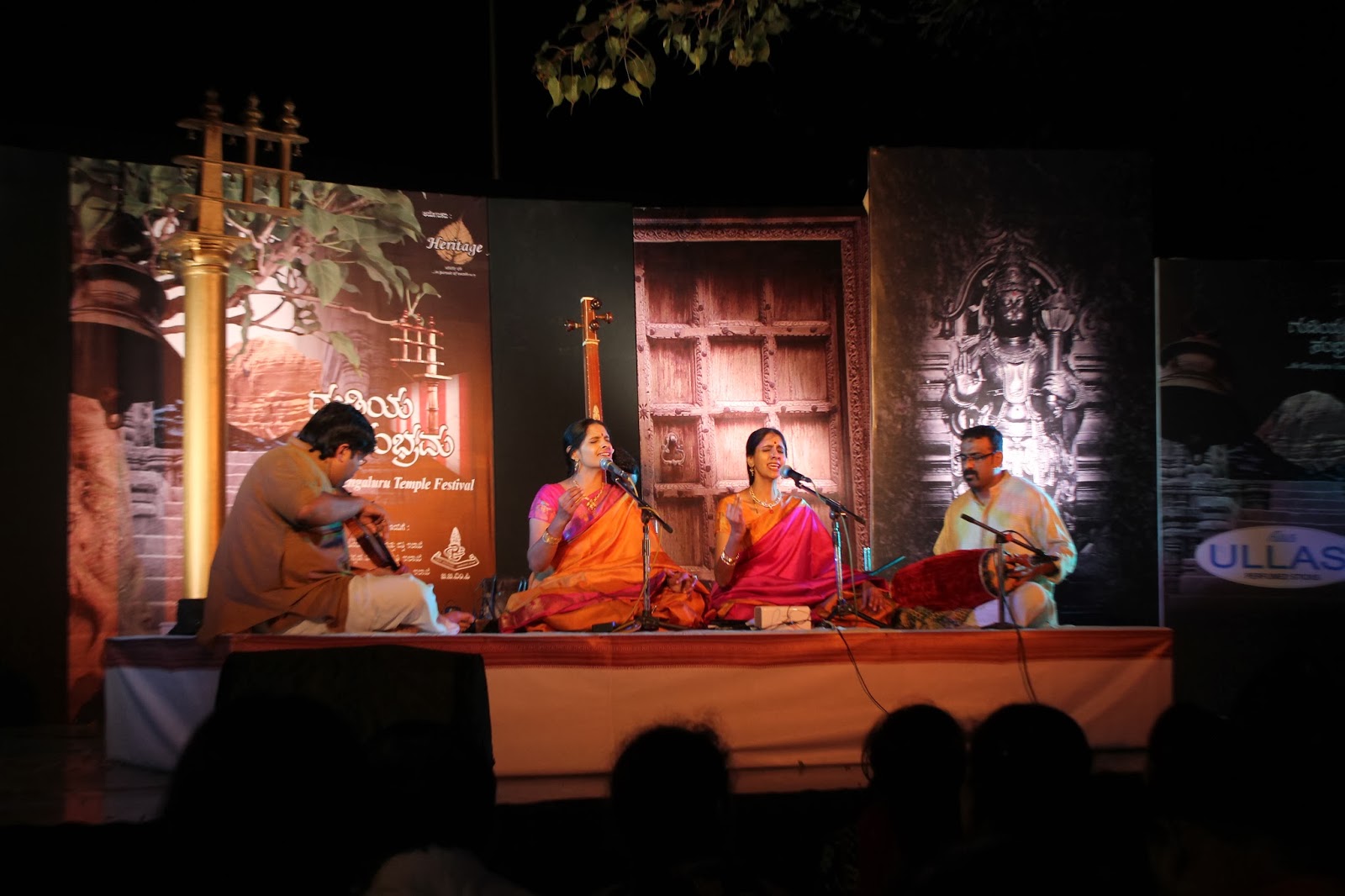 The series is themed under parvata, and what more could I expect when the artists come on stage with a strong history of excelling in thematic concerts. They had done their homework. I was very sure that the concert is going to be a pure bhakti affair right in front of the temple.

Brilliant kalyANi krithi with nereval and swara built the apt mood for the evening. Even the bystanding  bhaktas who had come for temple visit started pouring into the mats that was organised for rasikas to occupy in front of the stage. The bhakti bhAva was very evident from the very first krithi.

How one will leave our beloved "malayappa" or "venkatavan" lord of seven hills in a thematic concert on "parvatha"?the lord of seven hills was praised by so many composers from tyAgarAja, MD, aNNamayya, purandara dasa, alwars etc to 20th centurary rajaji, But RaGa selected majestic "venkata saila vihara" master piece of subbraya sastri in mesmarising "Hamir kalyani",the raga alapana was by Ra.

Another beauty of their presentation was this song was sung as a slow number, straight sahithyam with out niraval and swara.

Venkata giri to govardanagiri, hamir kalyani to hindolam, but this song "govardana girisham" will be remembered for the speedy swaras shared by Ra Ga and violinist. Violinist could have done a better job here.

Each song presented had the apt lenght and elaborations to meet the rasikAs heart.


I was wondering why mAyAmAlavagaula is still missing. The sisters had a better plan than me. The most popular mmg krithi mEru samAna was presented with the grandeur that it needed.  The main was "mEru samAna" of saint tyAgarAja where saint tyAgarAja compare sri.rama's parakrama to meru parvatha.

They concluded the concerts with their trade mark bajans on ma durga and abang.

Srinidhi on violin  could have been better considering his potential and KU Jayachandra Rao on mridangam was at his best to follow the artists path wherever they lead.


Post main composed of rasika request who forced the artists to dilute the theme. Gayatri submitted that prayers are more important than the theme itself.

They also presented a raga malika  poem in ragas khamAs,vasantha and Abheri specially composed for this series about  queen of hills "Nilagiri". However, they did not mention the name of the composer. Inputs welcome.


rasikAs applauded for every song that began as per their request.

It was a warm ending for a very chilly and windy evening on top of a small hill where the bull temple is situated.


Overall it was a brilliant concert with all aspects of music finding its right place.
at January 21, 2014